My, my – what a week it was without a computer! The smartphone finally earned its keep (and now seems to be dying a slow death) but i am happy to be back at a real keyboard. Without further ado – i’m so excited about this update as it’s the first month i can do side by side before/ after photos of the house. A LOT has changed since last February! 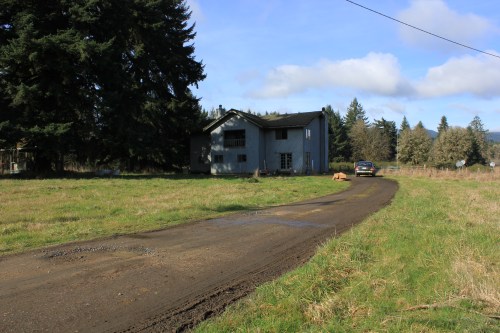 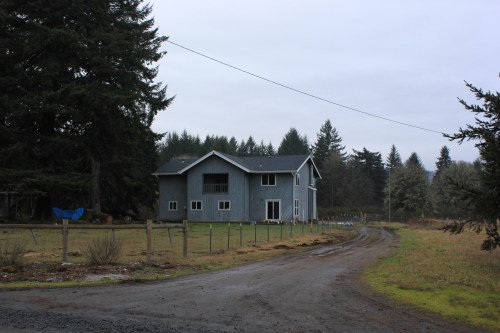 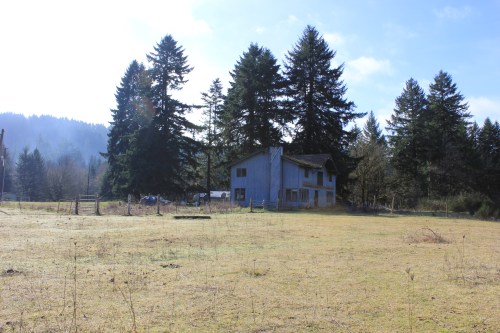 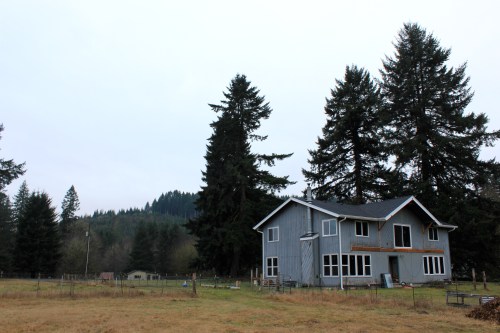 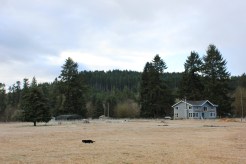 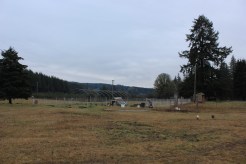 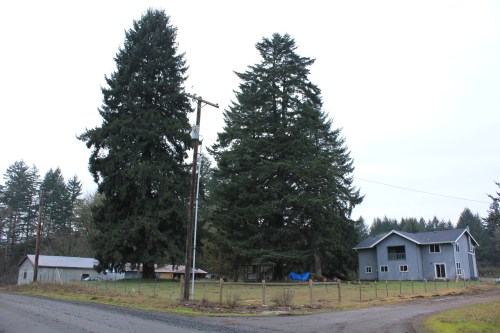 Wow. I must admit that February is not the most beautiful month so even the ‘after’ shots are a bit grim – but man, those before shots are scary! We BOUGHT that place? The insurance companies wouldn’t even cover it! A new roof and windows sure did a lot to spruce it up and make it a bit more livable. I can’t wait until we tackle the siding – then it might actually look NICE on the outside. Oh, and let’s not forget the before/after of the living room, that one’s a doozy!

We didn’t get to too many projects in January this year. I’ve mostly been regrouping after the holiday felting season, we’re making plans for future projects and we paid some nice men to cut holes in our walls and install shiny new windows. Actually, the windows were kind of a big deal. I’m sitting at my new studio window right now, and am being showered in lovely diffused light while watching my mixed poultry flock scamper about with glee. That’s worth a lot of pennies. 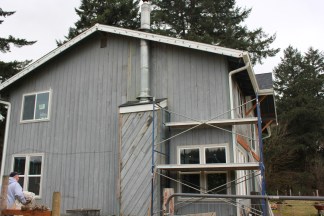 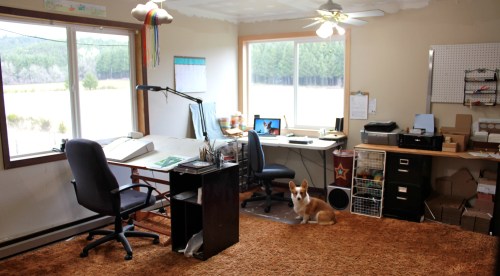 But, after a week without a computer and in anticipation of big things to come, i must cut this blog post short. Spring is springing and i’m already completely overwhelmed by projects on lists…. i hope the longer days to come fill my brain with a little more space!

And on a blog reading/writing note: what sorts of posts would you like to see this year? Slaughtering how/tos? Livestock housing plans? Fencing ideas? More cute photos of Pocket and baby rabbits?

Filed under The Homestead