Some view vinegar as a failure… if you were trying to make wine. I like to make it on purpose, and am excited by the prospect of having a continuous supply of living vinegar!

Last Autumn i helped in the harvest of hundreds of apples and the pressing of delicious raw cider. I made some hard cider (meh) as well as some cider vinegar (yeah!). To make the original vinegar i simply left a half gallon mason jar of unpasteurized apple cider out on the counter, covered with a cloth to keep the flies out. That’s it! It didn’t really develop a “mother” per say, at the time, but fermentation did it’s thing to create delicious vinegar that developed a floaty ‘gunk’ suspended in the bottle over time. Sadly, i’m out of that original vinegar. I used it up, it was so delicious! Luckily, vinegar is a living creature and that swirl of nasty gunk might just lend itself to procreation….  i had a theory… and i tested it! 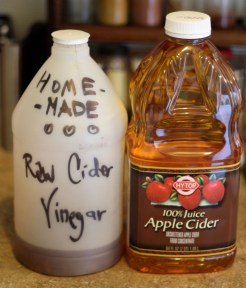 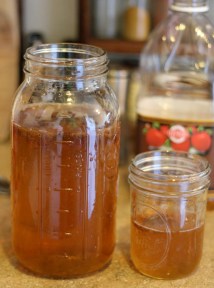 It’s not time for apple pressing yet, and i’m not much of a juicer of other things, so my theory was that i could make more vinegar using store bought, pasteurized apple cider and adding the gunk from my wild cider jar. I’ve had my vinegar in a sealed bottle for months, though so i wasn’t sure if the vinegar fairies would still be alive. BUT It seems to be working! Look at the mothers developing, it shouldn’t be long until that cider has fermented its way to vinegar. Delicious, probiotic vinegar. I added a little more cider to the large jar and the mother is starting again at the surface. Guess i didn’t have to worry about its viability – it’s growing like gang busters! 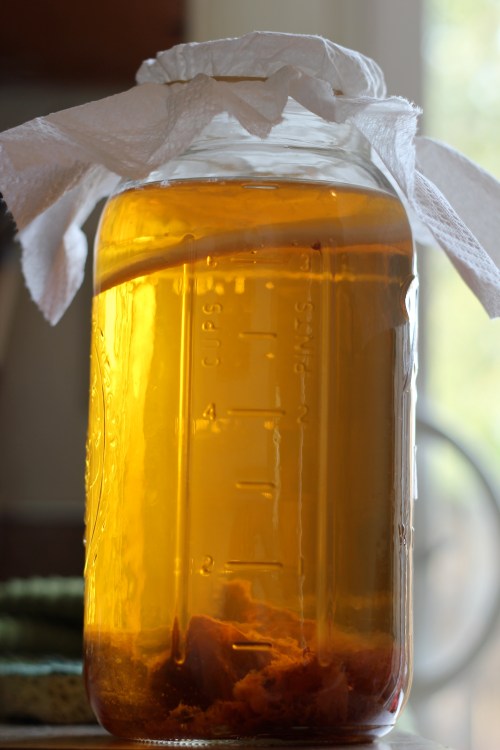 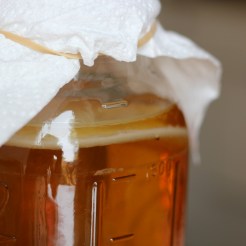 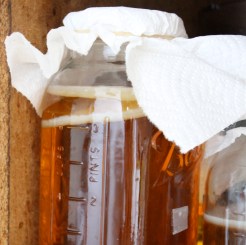 If i’m careful, i can nurture these mothers for years to come, sharing them with friends and fermenting all kinds of different vinegars. I’d love to make some blackberry or plum vinegar this Summer…. i think it’s time to invest in a food mill. I have plenty to learn about making vinegar, as well. I used to brew Kombucha, but mother of vinegar is different than the SCOBY that brews that other fermented drink. What makes vinegar magically transform something sweet to something tangy with a myriad of health benefits? I’m not sure, but i do know that i keep apple cider vinegar (or ACV) on hand at all times and I use it for many things beyond salad. I use ACV as as a facial toner, a rinse for my scalp dermatitis, a health booster in my chickens’ water and as a home cleaner. I know many people who swear by drinking a spoonful of vinegar every day to keep ailments at bay. This link has some interesting information about the uses and health benefits of vinegar from cancer resistance to weight loss and this blog post has some other ‘top tens’ for using your vinegar. 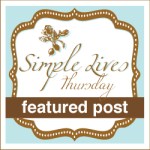 Have you ever made vinegar? Did you do it on purpose? Is vinegar a part of your family’s health regime? If you’re knowledgeable on the topic of vinegar I’d love to hear your comments!