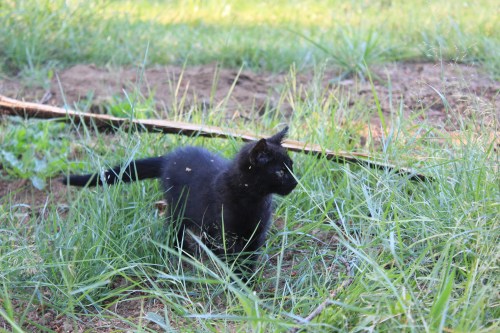 He loves attention, is quick to purr and has become fast friends with our Pocket who thinks he’s a strangely shaped puppy and plays with him accordingly. Eb doesn’t seem to mind getting covered in slobber and often instigates play with a well timed pounce on her nubbin. He’s playful and seems interested in pouncing in general, so i’m hopeful he’ll be a good barn cat. For now, he’s been doing a little too much ‘hanging around’ by the house wanting to cuddle with us – but i supposed that’s nicer than having a crazy mean barn cat you can’t touch without risking skin! Pocket is definitely showing him the ropes when it comes to hunting voles! I hope they’ll make an awesome team. 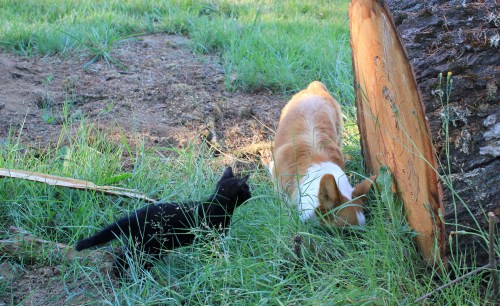 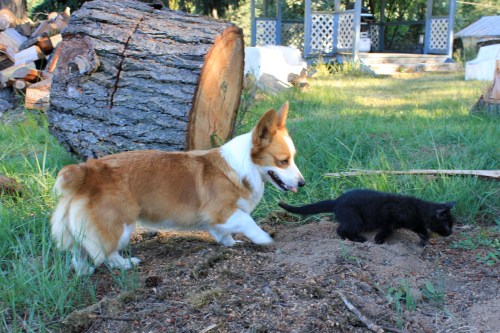 It’s fun to have a kitty around the farm…. as long as he doesn’t go for any birds on Birdsong Farm. I sure hope he can put a dent in the voles and even the cottontails. My epic hedgerow of sunflowers has been severely damaged by small, biting mouths. Grow up fast, Ebenezer – we need your help! 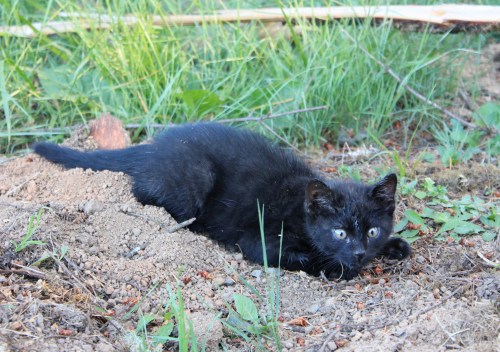 Have you had barn cats? Were they friendly or totally skittish?

4 Responses to Dogs and Cats, Living Together: Kitten Update!